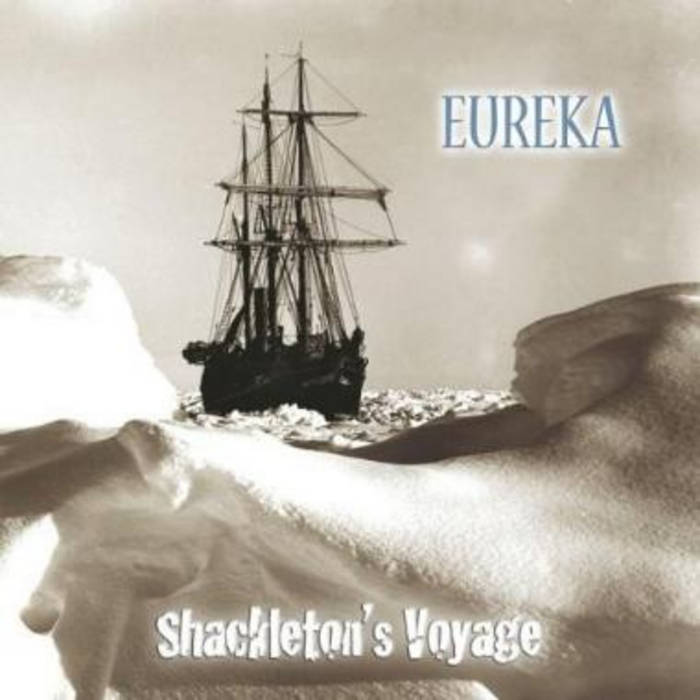 "Shackleton's Voyage" is inspired by the extraordinary true story of Sir Ernest Shakleton's 1914-1916 'Imperial Trans-Antartic Expedition', which many consider 'the greatest survival story of all time'.

Produced, performed and recorded by Frank Bossert at Soundworks, mixed and mastered by Yogi Lang at Farmlands/Munich.

All music and lyrics written by Frank Bossert.

Special guest performances:
Billy Sherwood: All vocals on 'The Challenge' and 'Going Home'
Troy Donockley: Uilleann pipes and low whistle on 'Departure'
Yogi Lang: Moog on 'Heading South' and additional synths on 'Going Home' and 'Into The Lifeboats'
Kalema (Katharina Raschke, Lena Wulff, Martje Johannsen - lead voc.): Vocals on 'Will You Ever Return?'
Ian Dickinson: Narration on 'The Last Adventure', 'The Turning Point' and 'We Had Seen God!'
Also performing on "Shackleton's Voyage":
Stefan Markus: Uillean pipes on 'Plenty Of Time' and Steve Hanson: Brush snare on 'Departure'

Bandcamp Daily  your guide to the world of Bandcamp

cktrl talks about heartbreak and his new record 'Robyn'